I can’t figure it out if we are starting the bicycle tour off right by having all the problems at once up front of if someone out there is trying to tell us something?

Tarifa to Algeciras Spain (Tarifa being the wind surfing capital of the world) has been sort of a slow bus kind of ride. The winds blowing hard in an abnormal direction, the terrain then being up hill most of the way to Algeciras, the forecast of rain for the next several days over the entirety of Spain, and watching Brian’s rear derailleur blow out to bits and pieces of bicycle go flying a cross the street? It’s been interesting, and that’s just been today. At least the mechanical happened here in Spain where we should be able to get parts and repairs quickly and not back in Morocco. Where the road side mechanics would have welded up some  sort contraception and then sent us on our way. Although that might have been fun? Oh yes I forgot to mention that we are only 40km away from our Warm Showers host, whom we can’t get to until the derailleur problem is fixed.

*(So I am wondering who won the pool. Down at our local shop back home, there was talk of a betting pool on the first mechanical and I wonder who and how much did they win?)

One saving grace (or maybe just my sanity) has been the abundance of cheap good cake along the way. Nothing can lift a cyclists sprits like a sugar high. I’m not sure any of the cakes will ever be pictured because they get eaten almost immediately with out any thought, just pure bliss. And no worries about counting calories either. There will be another hill to climb!

Days later….two towns, three repair bike shops, 4 brake pads changed and only 40 km cycled. But Brian’s derailleur is finally fixed! There was a lot of screaming and yelling in between, sometimes at the bikes, other times at the road, a lot at mother nature, and a little at each other but I think we have made it through the worst of things? It can only get better from here, right? 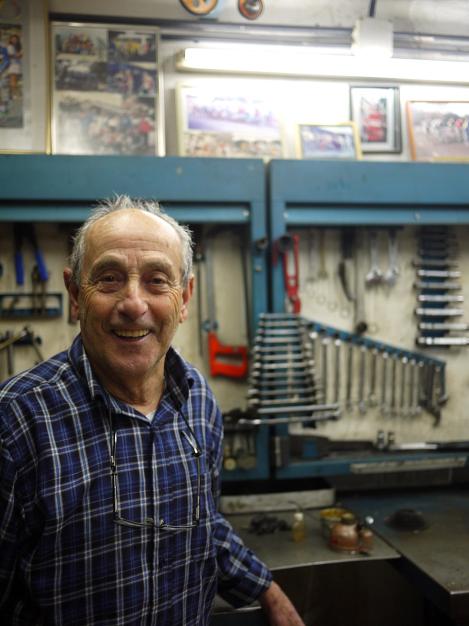 The other problem is it’s been raining for a week straight and most of the roads from here are flooded and the trains have stopped running to many places in this area. But we are quite determined to start back to cycling. The joke  now has been “Come hell or High Water” it looks as though the latter will be the biggest problem.

The next few days will be spent in Torreguadiaro, Spain with our Warmshowers host, waiting on our laundry to dry, cooking loads of food, and planning our next step. A route to Ronda that won’t bust the knees, because it’s all up hill from here! (or build